We will move the earth for you

When Rory Jones opened R. Jones Underground in 1995, he brought with him almost 30 years of experience in the field. Beginning in 1966, Rory worked with several pipeline companies as an oiler and on other equipment. Much of his work involved pipe-laying equipment. In 1973, Rory began working with T, J and L Construction Company. He served as a supervisor, running many projects, until he was promoted to vice president.

After becoming president of R. Jones Underground in 1995, Rory oversaw the company’s first project for Sunoco. With that first job, R. Jones Underground exceeded expectations by turning an eight-week project into a 30-day project. They have continued outstanding performance by continuing to utilize extensive experience and research to maximize efficiency.

R. Jones Underground has grown from a small, mom-and-pop contractor to an established pipeline company, having been bonded since opening and maintaining unlimited licensure. In 2005, Rory Travis Jones, Jr. returned to work along with his parents to continue the success of the business and currently oversees the daily operations of the company. 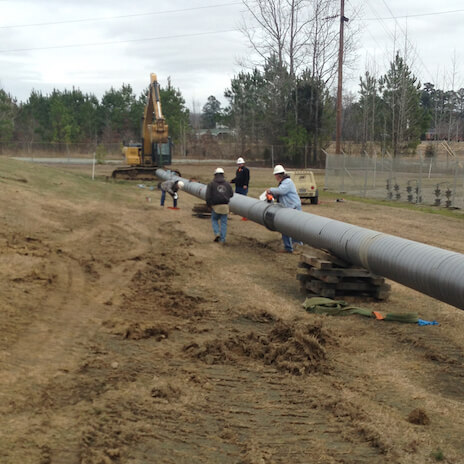